Uprooted Black Metal as a form of Language

In Taboo, the epic costume drama with mystical and gore elements, Tom Hardy, the actor playing the main character, perfected for himself the art of the guttural snort of hrrm. A mysterious information with no actual words coming from the mouth of the half mad London citizen with an unclear African past and of a mixed origin, whose mother was a native inhabitant of Northern America.

This Hardy's character of "back from the dead" James Delaney, an outcast and a sole heir, bears the weight of injustices related to the slave trade and British imperial colonialism that are also immediately influenced by family traumas and his genetic and magic skill set. Besides explosions of brutal violence, he vents this weight by less destructive magic rituals delivered in "native" language, but also by the inarticulate and in terms of meaning unclear hrrm. As the run of violence, tragedies and schemes moved on in the series, it became partly clear that it is a display of understanding and thinking one step ahead. Ritualized in a similar way as breathy tribal magic formulas imported from Africa.

This historic costume drama revealing the injustices and violent roots of the European colonial capitalism is a more fitting comparison to the work of Ondřej Doskočil than Lords of Chaos, the tragicomedy about the founders of Norwegian black metal. Ondřej Doskočil knows the weight of inherited political layers of the black metal genre as well as of the problems contained in musealisation and sensation craving colonization of subcultures by marketing ideology. As an insider and a musician he can also distinguish, untangle and give voice to the symbol systems inside of this extreme metal subgenre that would otherwise not speak to uninvolved people at all, or that would not even be heard over the all-encompassing noise.

The format of the mobile phone shot "exhibition walkthrough" could confuse while detecting what is the medium he refers to. If we were to step away from the field of TV series to nowadays ubiquitous videogames, is it a gameplay video or a pre-recorded cutscene? Or is it a reference to the darker side of youtubering? After all, YouTube has recently banned the channel Thulean Perspective belonging to the murdering neo-nazi arsonist and musician that made an indelible mark in the history of black metal- Vargo Vikernes aka Burzum. The only certain thing is that viewers of the video will first hear wheezing and stridor and only after that recognize shapes and forms.

Rendered 3D twists work not only as a set in motion intersection of all typical black metal logotypes but also as a gargoyle, a mythical form that finally releases a hrrm in which the never ending torrent finally settles down.

related to
Uprooted Black Metal as a form of Language 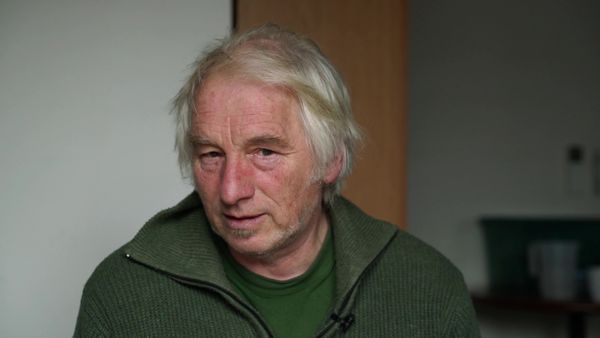 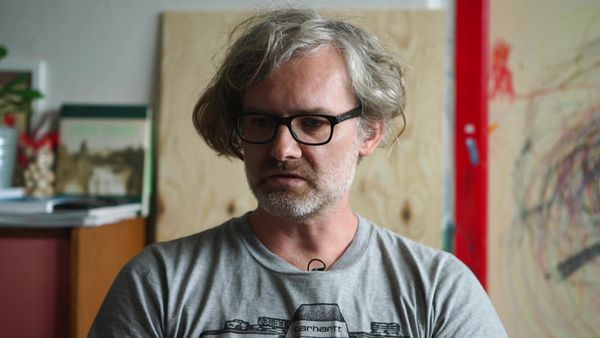 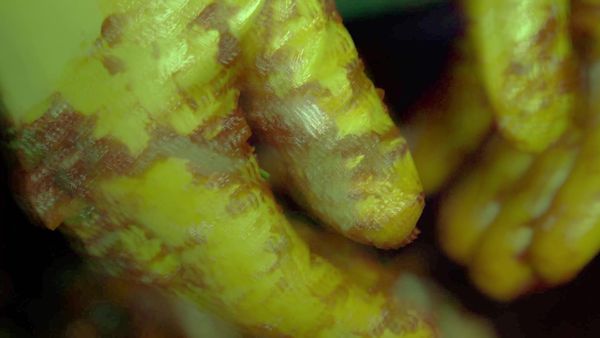 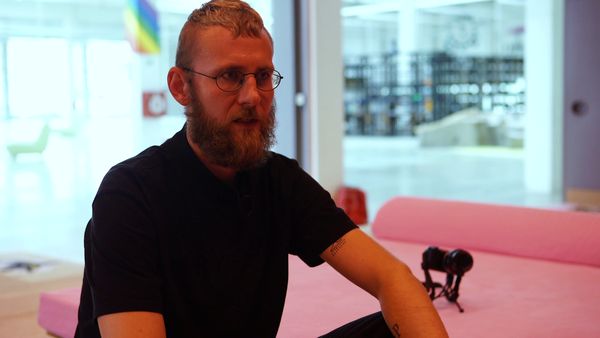 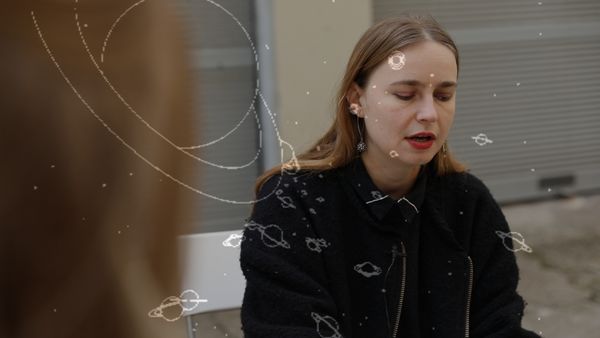 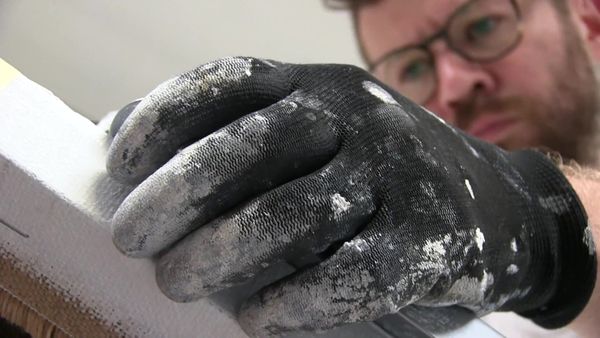