When Marina Abramović voluntarily exposed herself to great risk in her famous performances (e.g. Rhythm 0 in 1974 or Lips of Thomas in 1975) whether by her own self-harm or by surrendering to the tastes of her audience, she did not play with the possible limits of artistic expression, or one’s own resilience, but above all, she made all others present face strong ethical and emotional dilemmas. The traps she set for her viewers made it a difficult choice for both passive and, conversely, active reactions to her actions. Give the collapsing author first aid and thus disrupt her performance, or just continue to passively watch her suffering? To intervene or not to intervene against other viewers whose treatment of the non-defending author far exceeded the limits of human dignity? It is in these performances by Abramović that the pressure exerted on the necessity of the audience’s reaction is enormous and raises a number of questions about the manipulative potential of the artist’s actions and ethical consequences not only for the artist herself but especially for her surroundings. The only really free option common for all those performances was in fact the very presence or absence of the given individuals at the venue.

This is closely related to the gallery or theater context in which the artist realized the vast majority of her performances. Setting her work into the “frame” of a smoothly working machine of institutionalized artistic operation – whether it was once such a shocking unique event or a newer “re-performance” staged by the artist with media and theatrical spectacularity, it finally always resulted in a safe asylum from a direct threat of ideological, psychological or psychiatric judgement. This gradually also helped the artist to reach her contemporary position, connected with the media celebrity construction and a model contemporary artist in a broader social field. Perhaps it would not really be adequate to compare the present recycling of her older works on the market with the recently so popular works involving re-enactments and conscious reinterpretations of classical works of action art by other artists.

Her model currently revolving around the cult of the artist and the standardized operation of art institutions will stand out even more so for example in comparison with the firm social and political approach towards the criticism of mechanisms of the Art world shown many times since the year 2000 by the couple of artists – the Russian Alexander Brener and the Austrian Barbara Schurz. Their uncompromising criticism and disruption of that smooth, well-oiled and perfectly financed mechanism of the highest levels of the international art world, no doubt often evoked with its aggressive intensity of verbal and physical character not only feelings of concern, threat or embarrassment from breaking social conventions, but also revealed to what extent is the seeming unconventionality, criticism or engagement of contemporary art under constant check, correction and polishing within the safe borders of institutionalized normalization. The dominantly political approach of both artists, connected with the uncomfortable disruption of the “friendly” and “professional” mundaneness of the ordinary workday of cultural workers, is the complete opposite of the position that was typical of Abramović long decades ago.

One of such smoothly functioning institutions is Fondazione Strozzi, which is based on the classical “kunsthalle” and presents contemporary art in a Renaissance palace of the same name in the very historical center of Florence. Václav Pišvejc, a Czech artist living in the city, has recently repeatedly caused a strong feeling of discomfort and irritation to the employees and management of this institution.
His performance, during which he perforated his portrait of Marina Abramović by hitting her with the painting on her head, was covered in the media world wide and was mostly commented primarily as an act of violence against another individual, which is in fact (as Abramović herself commented) socially and ethically unacceptable – unlike already „traditional“ self-harm, typical of Body Art. In many ways, this „attack“ certainly did not make Pišvejc´s position much easier, because as an isolated solitaire and partially self-taught artist, he is usually regarded as a typical „weirdo“ even by the art scene itself, which in terms of contemporary art is not very developed in this cradle of Italian Renaissance. However, at the same time, this controversial act brought him closer to his dream of making himself known as a creative personality and not only as an author of often provocative but quite harmless performances, but also as a painter.

It was on this inadequately acknowledged artistic activity of his that he based a number of his previous events, in which he introduced portraits of other contemporary artists in different ways. One of the typical aspects of a traditional painted painting is to define it as a two-dimensional plane of artistic expression. When he broke this two-dimensional format covered by his interpretation of the artist´s appearance over Marina Abramović´s head, in a way he followed those radical gestures related to the penetration between the space of a painting and the real space, known for instance from the work of Lucio Fontana.

However, what remains questionable is the ethical issue caused by the unexpected physical attack resulting in a shock. The artist, who was just about to leave the gallery after the opening of her exhibition, which also included a number of her live re-enactments of her classical performances, was certainly not at that given moment just a private person but also the embodiment of her work and artistic brand. However, no socially acceptable definition of contemporary art does not justify such behaviour. Similarly as in the above mentioned case of the revolutionary couple Brener-Schurz, Pišvejc – who is very much concerned with the issue of recognition of his own work – does not deal much with the limit of „acceptability“ in his recent activities, including those discussed here. From his solitary point of view his artistic mission is too significant. Moreover, Pišvejc was not even the first artist to use the strategy of perforating a painting by hitting another artist across his head with it. In 2010 Petr Krátký presented his video-performance entitled Houdek, in which he let another painter hit his head with a painting by an artist called Houdek. This time it was a different situation, which followed the above-mentioned body-art tradition of the artist as a physical conflict of the tolerating body. Pišvejc´s constant efforts to communicate with the elite world of art through his paintings, gradating in the penetration of one of them by hitting the head of a world famous artist is not in fact so physical in many respects, because it is evident that even for the author himself the media reflection and its seeming immortality in millions of links in the digital world of the Internet play a more and more important role.

Whereas Marina Abramović will continue to benefit from her position of a stock market player who invested well her hard earned capital into a lucrative mega-corporation called Art World, Václav Pišvejc, on the contrary, will, in his fight for acknowledgement, forever remain mainly a Sisyphus-like figure and a question mark hovering above normality and normalization of contemporary culture. 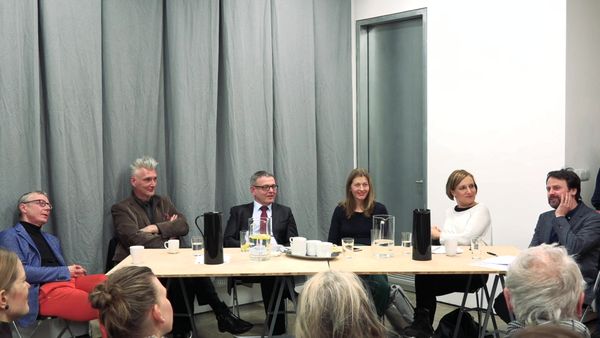 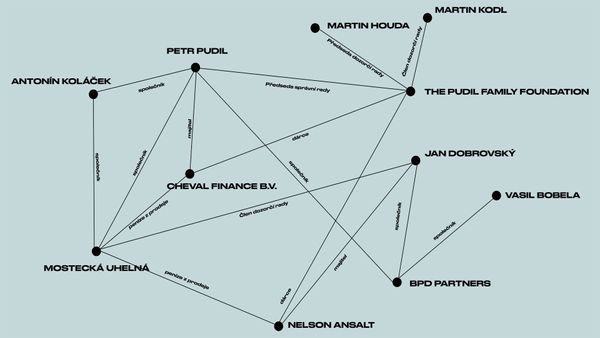 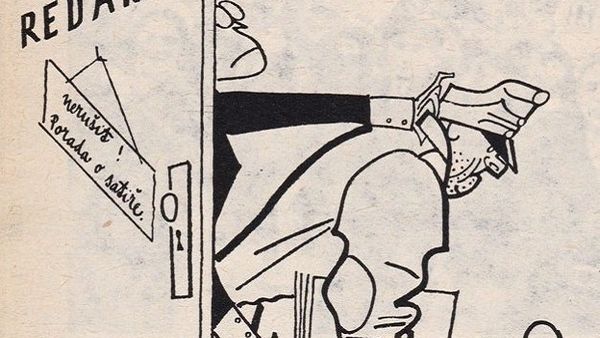 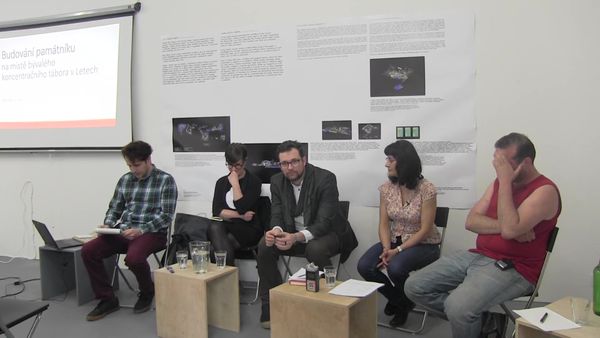 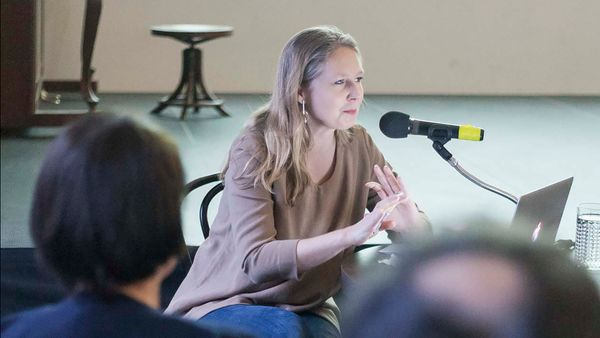 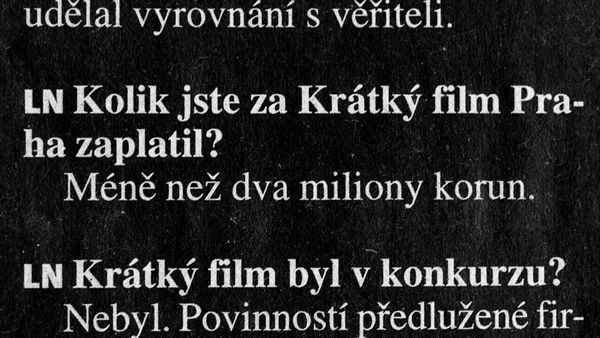